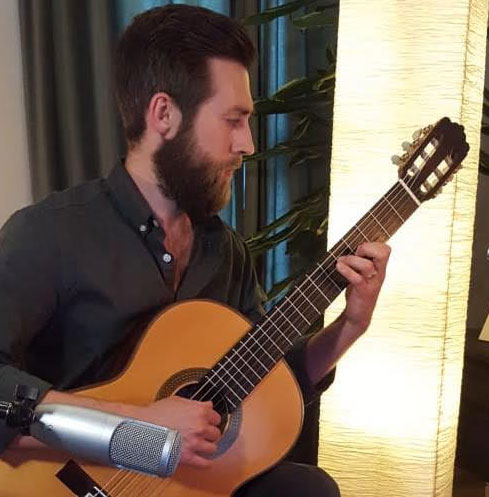 Jason Staddon is a performer, composer and teacher based in Cardiff. He Specialises in classical guitar and composition. Jason studied at the Royal Welsh College of Music & Drama with John Mills, where he was awarded the Stuart Cohen Guitar Prize. Jason also gained a masters degree in composition at the Royal Conservatoire of Scotland with Gareth Williams, where he won the Craig Armstrong Prize and the Thomas Wilson Prize. Having performed classical concerts around Wales, playing for weddings all over the UK, and having worked with professionals such as Scottish Opera and Red Note, he has developed a range of skills and knowledge. Jason is a much-valued member of our team, teaching classical guitar, electric guitar, composition, music theory, GCSE & A Level Music.

Learn More about our other Tutors

Want to learn more or any questions? Get in touch!